That's how it all started...

Zen dates back to the experience of Shakyamuni Buddha who achieved enlightenment in the dhyana posture (zazen, Zen meditation) in India in the life century B.C. This experience has since been transmitted uninterruptedly from master to disciple, thus forming the lineage of Zen.

It is one of the branches of Buddhism, of the Mahayana tradition.
After a settlement of nearly a thousand years in India, the monk Bodhidharma brought this teaching to China in the century after Christ.

In the 13th century, the Japanese monk Dogen, after a stay in China, implanted Soto Zen in Japan. Founder of our school, Master Dôgen is also considered one of the greatest philosophers of Buddhism.

In the 20th century, the West began to take an interest in the philosophical aspect of Zen. At the end of the 1960s, it was a Japanese master, Taisen Deshimaru, who brought the essence of this teaching to Europe, as Bodhidharma had done in China a thousand five hundred years earlier.

Video : Sôtô Zen in Europe, half a century of history

Film directed by the monk Stanislas Komyo Wang-Genh for the Japanese Soto Zen School in 2019.

The complete brochure "What is Zen? "is available for download.
This booklet - complete and full-color - was published by the International Zen Association in 2016. 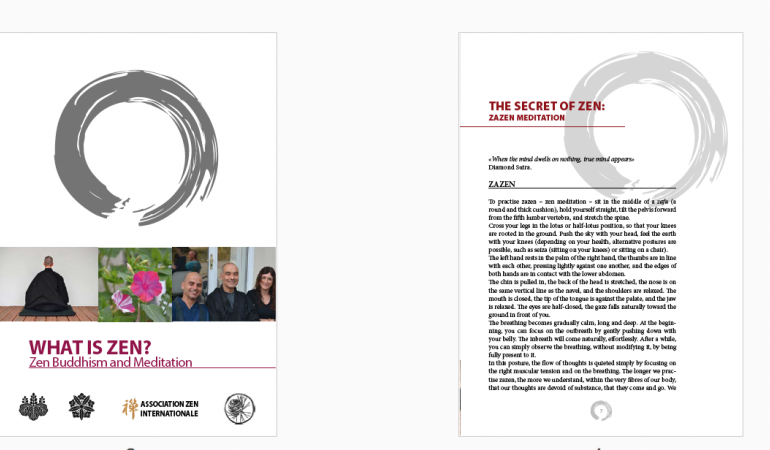